You are here: Home / Anxiety / Allowing Anxiety To Speak 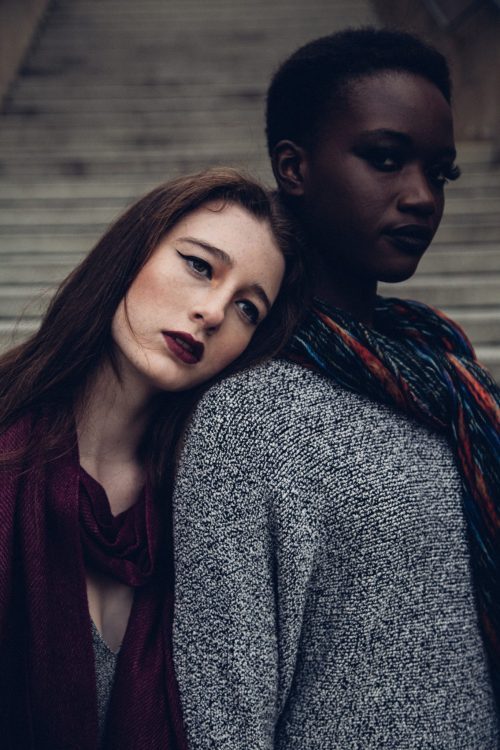 It’s been almost a week since Heather Heyer lost her life advocating and speaking out for what she believed in.

Her face is implanted in my mind; her heroic efforts vibrate through my core.

She spoke out; she took action; and although I never got to know her or hear her story, I want her to know the lasting impression she’s left on me.

Speaking out, or simply speaking, never came easy for me…my anxiety always spoke much louder than I did, and drowned out my voice.

I was raised under the strict oppressive messages, “Children are to be seen and not heard,” and “Never speak unless spoken to;” taking a breath to say anything was wrought with anxiety.

I was socialized to never talk about sex, politics, religion, race, or anything seemly related to having a problem, “Don’t tell anyone you’re seeing a counselor” and “Don’t ever tell anyone what goes on in the family.”

My obedient, anxious personality evolved in silence; I kept quiet…while my anxiety roared.

Any topic of substance that I was curious to discuss was either dismissed, laughed at, or not allowed: my anxiety, the murder of Dr. Martin Luther King, Watergate, the Vietnam war, the anti-war protests, the Kent State shootings, the bi-racial couple in our high school, the man involved in the KKK that lived down the road, my period, my fear of getting pregnant…“Oh Kelli, don’t talk about that.”

Once I got to college where discourse was more accepted, or so I thought, and I felt freer to speak, I was again, met with harsh, superior judgment and criticism; my anxiety ignited.

I was shut down and silenced for using the wrong terms, not knowing history correctly, like any of us do, except for the people that lived it, and not knowing what I was talking about, or having any right to think or say what was on my mind, “Don’t be stupid,” and “You don’t know what you’re saying, so shut up!”

Needless to say, as my anxiety flourished, so did my distance from deeply meaningful conversations and interactions.

Today, after 20+ years in academia, where I’ve spent most of my career, I still feel the same anxious vibrations and critical judgment when attempting to use my voice, speak out, and even write; beaten down by the quest for political correctness.

In pain, I’ve hid in the shadows of countless devastating social, political, even environmental events, whispering with carefully chosen words; I retreated to toe-dipping…again, disappointing actions that piled guilt on top of anxiety.

Yet something inside me broke free in the aftermath of Charlottesville, and now Barcelona and Finland, that freed my voice, my capacity to speak, and my anxiety.

As defined by Google, “anxiety is a feeling of worry, nervousness, or unease, typically about an imminent event or something with an uncertain outcome; desire to do something, typically accompanied by unease; a nervous disorder characterized by a state of excessive uneasiness and apprehension, typically with compulsive behavior or panic attacks.”

Whether we feel normal anxiety, or have a diagnosed anxiety disorder, feeling uneasy, worried, nervous, apprehensive, and even panicked and afraid is common.

This is also the case with racial anxiety.

What Is Racial Anxiety?

As described by the Perception Institute, “Racial anxiety” refers to the heightened levels of stress and emotion that we confront when interacting with people of other races. People of color experience concern that they will be the subject of discrimination and hostility. White people, meanwhile, worry that they will be assumed to be racist. Studies have show that interracial interaction can cause physical symptoms of anxiety and that our non-verbal behaviors—making eye contact, using welcoming gestures or a pleasant tone of voice, for example—can be affected as well. When everyone in a conversation is anxious that it will turn negative, it often does. This causes a kind of feedback loop where the fears and anxieties of both white people and people of color are confirmed by their everyday interactions.”

What’s profoundly key for me in this explanation is “everyone in a conversation is anxious that it will turn negative”…and the negative feedback loop that I experienced in my family and academia seems to be looping out of control in our society today.

We can’t seem to talk about anything, and I’m generalizing, without harsh attacks, criticism, judgment, defense, and shutting people down with, “I’m right and you’re wrong.”

I get the role that discourse plays in academia, systems, and relationships; disagreement and debate are healthy, productive, and innovative.

What I’m talking about is the anxiety that we’re feeding because of our resistance to change our conversational behaviors, breathe into discomfort, and remain connected as humans.

It’s no wonder that anxiety is the most common mental illness is America, affecting some 40 million adults.

We’re evolving into a society of the “walking anxious.”

Why Does Any Of This Matter?

Again, the Perception Institute proposes, “One obvious way that racial anxiety affects our daily lives is in the aggravation of existing racial tensions. While this may seem small in comparison to larger structural challenges, racial anxiety affects interactions with teachers, employers, law enforcement, and healthcare providers. Racial anxiety also affects many areas of our lives in ways that are subtle but pervasive. In health care, for example, studies using patients of color and doctors of other races, researchers found that patients will have shorter visits with white doctors and report less positive interactions.”

I know from my own experience of anxiety in my personal and professional life, feeling as if what I’ve had to say wasn’t worthy of belonging has been devastating…and I’m one privileged highly-educated, upper-middle class White woman in the world who has it easy…

What Can We Do?

The Perception Institute states, “Over the long term, diversity, integration, inclusion and greater contact between people of different races will go a long way towards lessening racial anxiety. In particular, positive interracial contact has been shown to increase positive impressions of people of other races. Studies show these interactions will be most successful when shared identity is affirmed prior to recognizing difference. Ignoring difference completely, however, is likely to create a scenario in which subconscious anxieties and stereotypes can flourish.”

We’re a nation of people hungry for contact and thirsty for human connection.

I’ve lived hungry, thirsty, and starving for these basic human needs for most of my life…and I’m choosing, courageously, to fulfill these needs in my own life while speaking out for the fulfillment of these needs in the lives of all people.

We must commit to opening our hearts to discomfort, listening intently and hearing deeply, and staying connected while allowing anxiety to speak it’s stories, experiences, and realities without defensive judgment, superior criticism, and egocentric disregard.

I’m committing…and although anxious, I feel a deep sense of belonging, more than I’ve felt in years, perhaps in my life.

Mostly, I’m grateful for my courage to write this post, although imperfect, awkward, and anxious; allowing anxiety to speak is a path to healing all of the anxiety in the world.